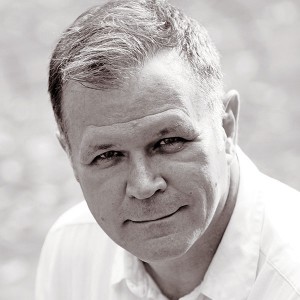 “In some ways, my work life is much more complicated as a result of my education in dramatic writing. Now that I know that I can write scripts, every possible project asks me the question: am I a novel or am I a screenplay? Still, this is a good problem to have. I feel like a totally different kind of writer, a much more free writer, a much more capacious writer.”

Novelist Dan Barden’s renewal project was originally designed on the study of screenwriting and film productions in Hollywood. This study would further his dramatic writing and allow him to pursue a new aspect of his career in the film industry. “My earliest impulse toward being a writer was not only compounded of books, it was also compounded of movies.” The realities of life crept in and Dan adapted. Dan started a working relationship, through conference calls, with two New York-based screenwriters and discussed the possibility of turning his book, The Next Right Thing, into a TV series. He realized during the process that this was in fact his Creative Renewal project. “I could not get myself to Hollywood, but, apparently, Hollywood was coming to me. I attributed this great opportunity to learn and advance my career to the rich environment that was created by my renewal project.”

Working with the screenwriters, Dan strenuously studied scriptwriting with special attention to TV pilots. He came out of the process with a pilot script based on his novel and new experiences to share with his students. He humbly describes it as a writing sample more than anything, but thinks that through the “hard work and spiritual fertility that the project demanded,” he will be selling the film rights to the book soon.