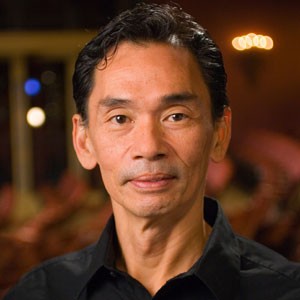 "I will always remember these trips and treasure their influence on the work I was creating immediately following. The ballet was a huge artistic success, and I would have to credit my two experiences in New York for some of that success."

David traveled to New York City where he taught a class at the Martha Graham School of Contemporary Dance and took ballet class with Nancy Bielski, a former teacher at Steps Studio. He also attended performances of the Paul Taylor Dance Company at the New York City Center as well as Broadway productions. "After the first trip, I went to work on a new ballet set to Mussorgksy's Pictures at an Exhibition. I was very inspired by seeing Paul Taylor's dancers and choreography, and I would have to say that his work directly influenced mine."

David returned to New York City a second time and taught a week-long summer intensive course in advanced technique at the Martha Graham School. "The teaching component of my fellowship was by far the most inspirational and renewing experience." He also continued his classes at Steps Studio and attended performances of the American Ballet Theatre and more Broadway productions. "After my second trip, my teaching was definitely changed. I came into Dance Kaleidoscope's company class with higher expectations, more patience, and more of a willingness to express the things that I felt needed to be said."