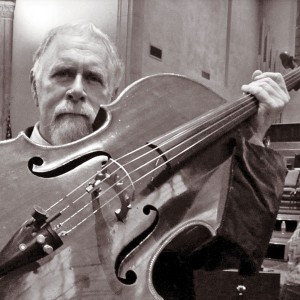 “I cannot believe all that has happened, and solely because of the fellowship I received from the Arts Council of Indianapolis. And the best part: my journey is still not over!”

Born in Baltimore, Geoffrey performed at his dream job as cellist for the Indianapolis Symphony Orchestra for forty four years. A classical musician and historical sleuth, Geoffrey is extremely passionate about researching and writing niche subject matter. For his Creative Renewal, Geoffrey researched The Immortal Piano, a story that had been one of his obsessions since he was ten. Once something piques his interest, he spends countless hours searching through archives. “It is things like this, delving even more into the still unknown, and sharing it with others that ‘recharges’ me….To be able to discover new information and to be the first to share it with others is a driving force for me. My brain fills up again, my heart beats faster, and then the Muse simply takes over. I research, I perform, I write, and my joy comes back.”

The Immoral Piano story revolves around an Israeli piano tuner named Avner Carmi and a mythical piano. The piano was said to change its timbre to suit the time period of the music that was being played. Periodically, a detail or clue would emerge and tales of the piano’s whereabouts would surface. Through a series of fortunate connections, he discovered that the piano was in Canada. A day after his 65th birthday, Geoffrey flew to Calgary to finally see and hear this mythical piano. Though some of the notes refused to play, “the ones that did were heavenly.” He spent time with the piano, trying to uncover its history and mystery. Upon his return home, he consulted with a piano historian, reviewed the piano’s historical details, and made the most amazing discovery that the piano had been repurposed from a Wm. Knabe & Co. piano, a brand made in Geoffrey’s very own hometown of Baltimore.