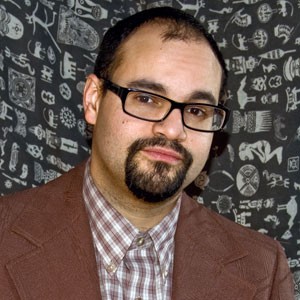 "My Creative Renewal Fellowship impacted my career tremendously. It afforded me total autonomy in my musical creation. Through this experience, I've discovered new sounds and styles I might not have had the freedom to discover otherwise."

T.J. traveled to France to study African drumming at the Momboye Center for African Dance. This immersive experience allowed him to learn West African rhythms and techniques in a more complete context that included vocal arrangements and the accompanying traditional dances, as well gaining an understanding of the historical significance of the works. T.J. also made a quick trip to London to meet an old friend and musical collaborator. The two wrote and recorded a Baroque/hip-hop "mash up" in one day. "Besides drum and dance classes, my main creative outlet while in Europe was writing. It took me some time to settle in, but after about a week in Paris, I began writing new songs."

He also built a home recording studio as a part of his fellowship, with a plan to record an album combining hip-hop and African drumming. "Seeing hip-hop music and culture held in such high esteem reinvigorated my mission to elevate its stature further in the circles of Indianapolis' arts community. Upon many of the songs I had written in my head and notebook while in Paris, when I returned home, I assembled a band of accomplished musicians, now dubbed TJ Reynolds & the Freehand Orchestra."