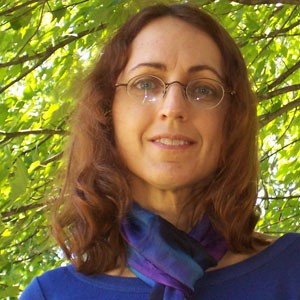 “Because of the success of this fellowship experience, I am not only committed to writing a book of essays inspired by my experiences with the Clifton-Choctaw, but to developing a professional identity as both poet and essayist.”

Shari used her fellowship to reunite with the Clifton-Choctaw, a Louisiana tribe that she had lived and worked with in the 1980s as a historical researcher, folk art facilitator and tutor. Initially setting out to write poems about the Clifton-Choctaw, she ended up writing essays. "The 'weaving' I wanted to do - working with strands of memory, history, folklore, traditions and dreams - seemed better suited to the essay form. This form also allowed me to work in details of my present life and contrast the traditions and values of the Clifton-Choctaw people with trends I see in contemporary society."

Shari studied essays by other poets as well as her own previous writings on the tribe before beginning a new series of essays inspired by her experiences. She has completed and published two essays and is working on a third. "Having a second essay accepted by North American Review and receiving strongly positive feedback from other writers who read my third essay, I now feel that I can be both an accomplished poet and essayist."