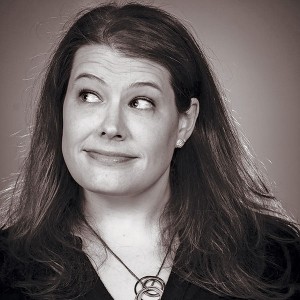 Improv actor Claire wanted to challenge her acting skills with classes in Chicago and learn to operate a small RV for a trip to several national parks for renewal of spirit and perspective. During her renewal, she spent three extremely different weeks traveling to study improv, explore national parks with family, and to heal. Her first week was spent at a Crash Course Intensive at The iO Theatre in Chicago. She wanted to be validated by this improv intensive and was nervous until she walked in the door and met her classmates, and immediately engaged in a week of trust and respect. “I came away from the week with new confidence in my improv skills, new things to teach the classes and workshops I was already leading at ComedySportz Indianapolis, and with a deeper understanding of the art of acceptance in the improv process.” For her second week during her journey, Claire took four family members to Montana and Wyoming to visit Yellowstone and Grand Teton National Parks. This was the trip that inspired a new project for 2015. During this portion of her renewal process, she wanted to go and experience the vastness of nature, and to feel small in the universe and simply observe. “I loved distracting myself with the beauty of the Earth during the day, and at night, I sat on the deck and meditated, feeling so small and surrounded by the universe. It was a quiet, fulfilling trip.”

Her final week of travel during her renewal was the most powerful and emotional. Her best friend passed away after a long battle with an illness. “I needed to be in a big place, away from home, but close to Beth.” She traveled to Zion, Bryce Canyon, and Grand Canyon National Parks with a dear friend as a guide. She spent that week grieving for Beth, challenging herself with hikes, and sleeping at the top of the Grand Canyon in thirty degree weather. Claire contemplated the notion of having an atypical life and decided that her renewal journey was the inspiration for her next project. That project is to travel the country for four months in a RV while promoting and visiting ComedySportz locations in the U.S. She received permission from ComedySportz Worldwide, started a crowdfunding campaign, and the ComedySportz World Tour will kick off officially in June of 2015.