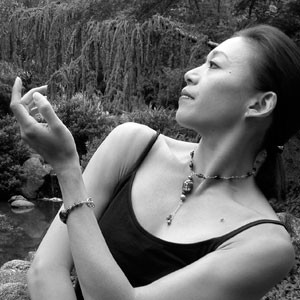 "My confidence in my work, my faith in my abilities to interact with others in a meaningful way, and my love for travel have evolved and been renewed through this experience."

Roberta traveled to London, Amsterdam, Paris, Granada, Madrid, and throughout the United States to experience dance performances from her favorite choreographers as well as works by new dance companies she had never seen. Her travels included seeing former Indianapolis dancers in performances around the world as well as experiencing the sights, sounds, and culture of each of the countries. "A major delight was seeing my friends and former Indianapolis dancers Shannon Alvis perform with Netherlands Dance Theater, and Angela Agresti perform with the Het National Ballet."

In addition, Roberta created Mapping a Life: Solo and Duet, a dance piece inspired by her appreciation of DV8 Physical Theater. It was presented in a national choreography project called "Indy Convergence 2010" and later won a place in the Harvest Chicago Contemporary Dance Festival in Chicago in October 2010.