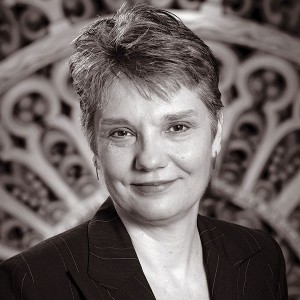 "I was able to deeply rediscover myself. I came back utterly refreshed, with the cobwebs blown out of my head by the north wind over the lake mountains, with much greater ability, literally, to see and to listen. The plays I saw renewed my belief in the art I make and facilitate; renewed my belief in an abiding contract of hope between artist and audience; and created the hope that we can leave the darkened room together a little more human."

Janet fell in love with theatre in England during her formative years, and she decided to journey back to reconnect to the theatre, cities, and countryside while exploring London, the Lake District, and Mickelton in the Cotswolds. “I wanted to see if I could rediscover an elemental love for the craft I produce and make, and to turn off the noise in my head that compares, evaluates, and criticizes and see if I could simply be moved!” She relearned London and marveled at her memories and new experiences. She saw English plays from Shakespeare to world premieres in tiny storefront theatres, the National Theatre, and the Globe Theatre. She was moved again and again by the artistry in the city that has been home to theatre for over 500 years.

Toward the end of her time in London, Janet was joined by one of her two daughters, which enhanced the performances on a whole new level of love and appreciation. From London, they ventured to the Lake District, in Cumbria, and rain or shine, committed themselves to the natural inspiration long adored by visual artists, writers, and naturalists. The trip concluded in the Cotswolds and Stratford-upon-Avon where she celebrated the 450th anniversary of Shakespeare’s birth by attending plays at the Royal Shakespeare Theatre and visiting sites along the Avon River. “Re-experiencing these places was a heart-stopping refracted journey, in which I simultaneously remembered the vision I had as a teenager, saw it altered and deepened through the eyes of middle age, and watched it rekindle in the eyes of my child. All this made for many moving experiences crystallizing in every day.”

Artistic Director, Indiana Repertory Theatre
Directed over twenty productions, produced over two hundred productions, and introduced theatre to over two million Hosiers from age three to ninety three
Taught at Indiana University-Purdue University Indianapolis and Butler University, and served as a grant panelist for the National Endowment for the Arts.