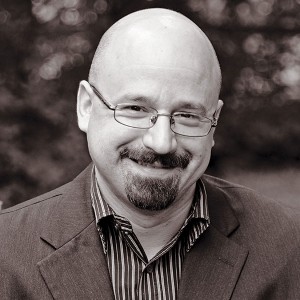 “Receiving the fellowship was a huge boost of confidence. To be recognized by my colleagues in the arts and to be placed in the same category with people who have impacted the Indianapolis arts community was deeply fulfilling in itself. Along with that came a renewed sense of responsibility toward my work.”

John, an accomplished classical and flamenco guitarist and educator, desired to visit Spain during his renewal to explore firsthand the birthplace of flamenco. His father was his first teacher, and being a descendant of Mexican immigrants, John always felt a strong pull to the music of Mexico and other Latin American cultures. He prepared for a year and a half before his travels by researching the history of the guitar in Spain as well as the contributing political, religious, and social factors that shaped the arts in the area. As his guitar lessons were in Spanish, John also intensely studied Spanish to better learn the language.

John traveled first to Seville, considered to be one of the most important cities in the development of the flamenco art form and participated in a weeklong intensive guitar course studying with the flamenco guitarist Manuel Berraquero. He also visited museums and historical sites including the Alcázar de Sevilla, Plaza de Toros, Catedral de Sevilla, Barrio de Santa Cruz, Museo del Baile Flamenco, and many more. He traveled to Granada where he fulfilled a dream to visit the Alhambra, a palace known as the inspiration for Franciso Tárrega’s Recuerdos de la Alhambra. In Madrid, he viewed artwork by the great Spanish masters including Francisco Goya and El Greco, and attended a flamenco show at Casa Patas, one of the most revered flamenco venues in Spain. Upon his return, John had the opportunity to put his experience to work at a classical and flamenco guitar performance with flamenco dancer Ann Marie Parker for the Indiana Historical Society’s Concerts on the Canal series. “It was a great opportunity to put everything that I had experienced into musical expression right away and really helped me unpack much of what the experience had meant.”