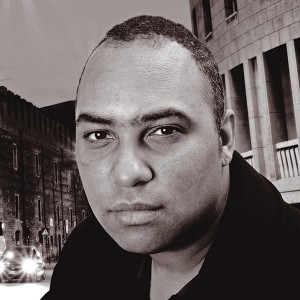 “This journey to study different aspects of composition was, in short, therapeutic. Taking time to concentrate on one aspect of music renewed my perspective on attentive listening, and the benefits that can happen when we truly listen to something. Also, in the practice of composing music, I felt a renewed inspiration to perform.”

Rob Dixon, saxophonist, composer, producer, arranger, and teacher knew at an early age that he wanted to become a musician. He was eight years old and he was inspired by live music. For his Creative Renewal experience, he needed to step away from the daily grind of sound checks, rehearsals, and the details involved with making a living as an artist. He wanted to take the time to explore and research the harmonic and rhythmic aspects of jazz composition. His goal was simple: to strengthen his knowledge and work as a composer. Having primarily composed for small ensembles, his desire to compose a jazz symphony for larger ensembles created his fellowship experience. Rob traveled to New York and Luxembourg and had amazing encounters performing, learning, and talking with musicians and world-renowned individuals like Dr. Cornel West, Bill Summers, and Harvey Mason.

Rob attributes his renewal process to opening his eyes and ears to composition as well as expanding his network of musical connections. He wrote brand new compositions and created The Indianapolis Jazz Collective to perform the new works. Their debut was at the Indianapolis Museum of Art in September of 2014 during Indy Jazz Fest. “I play in jazz clubs, blues clubs, concert halls, restaurants, and festivals. I have played for kings, queens, presidents, and prime ministers, and I have played for the homeless, the imprisoned and struggling people in third world countries, and everyone in between. Music has made me connect with people all over the planet and truly become a citizen of the world.”