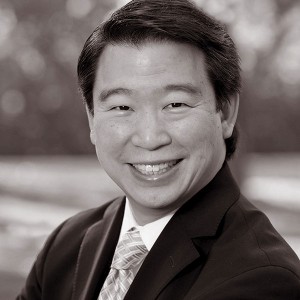 “I am fortunate that due to the nature of my work, I am surrounded daily by phenomenally gifted musicians, incredible music, and stunning music making. Experiencing all of that through other people is one thing, but to be able to create the ‘spine tingling moments’ yourself through your own playing is a feeling that is indescribable. To be able to feel the passion again while learning the new pieces and performing was immensely invigorating and has truly given me renewed inspiration for my work.”

Glen began playing the violin at three and a half. Through his love for the violin, he always knew that he would have a dual life as an arts administrator and violinist. For years, he balanced playing the violin with arts administration roles. He realized at some point the balance had shifted and he was devoting less and less time to his violin playing. “I may no longer be on stage as I once was, but to this day, there is nothing that moves my soul, that raises the hair on the back of my neck, that makes my entire body shiver with excitement more than playing a gorgeous piece of music.”

For his renewal, Glen dedicated time to his violin, learning new repertoire and studying with his mentor, Henryk Kowalski. Mentally and physically after rehearsing and playing, he found that he was energized, inspired, and recharged to tackle his administrative duties, and that his body aches were, in fact, a good pain. At the culmination of his renewal, he performed a solo and chamber music concert at the Eugene and Marilyn Glick Indiana History Center. Aside from the butterflies and nervous jitters, he was elated to be on the stage working with his colleagues including his wife, a concert pianist who specializes in playing with violinists. He enjoyed learning from her and sharing a personal and artistic collaboration. “The greatest lasting effect of the fellowship is the fact that I reinvigorated my playing for the second half of my life and created an even greater desire to improve my playing and continue to learn even more repertoire.”