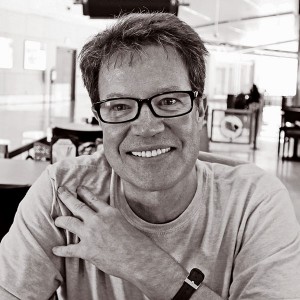 “My travel experience revitalized my interest in many aspects of ancient culture, early civilizations, and mythology. I documented everything through photographs, drawings, and a journal that I was able to bring back to my studio to serve as stimulus for creating new work.”

Philip, visual artist and teacher, finds inspiration for his work in the art and culture of early civilizations and mythology. His mixed media sculptures are layered with meaning and detail to allow the viewer to find the developing story in each piece. Philip has found that exploring other cultures stimulates his own artistic pursuits and he wanted to continue his research of ancient cultures and create an entirely new body of artwork based on his travels.

He traveled extensively in Greece and visited museums, archeological sites, and ancient cities. He journeyed to Athens and immersed himself in the Greek culture and lifestyle, enjoying the food, markets, and museums. He visited the Acropolis Museum, Parthenon, National Archeological Museum, and Temple of Zeus. Philip took a ferry to the island of Páros where he toured a 13th century Venetian castle, marble quarries at Marathi, and a 6th century church. He also visited the Museum of Aegean Folk Culture at Lefkes. He enjoyed his time in the museums as well as simply picking up marble stones on the beaches of the Aegean Sea. He visited Santorini where he experienced the seascape of the island and the famous frescos from the ancient city of Akrotiri. On his last day, “I saw the most beautiful sunset on a boat sailing from Vlihada Marina and passing the islands of Thirassia and Aspronisi.” When he returned from his travels, he spent uninterrupted time in his studio and created a new series, RISE, inspired by the Greek mythology of Daedalus and his son Icarus. RISE is about redemption and sacrifice, letting go, and moving on.