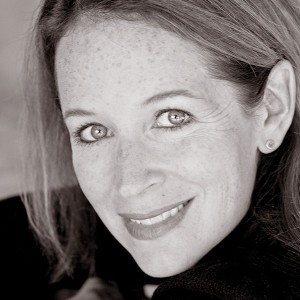 “Getting out there, meeting the actors and producers, discovering that I am very much a part of the national theatre scene, and that the pond is not perhaps as deep as I thought, has given me the confidence and I am more excited about my possibilities now than I was when I began my career twenty-five years ago.”

Constance fell in love with acting in the first grade while playing The Ugly Duckling. She also attributes her love of theatre to her supportive mother who enrolled her at the Virginia Paul Dance Studio and took her to plays locally and to New York and Chicago. For her renewal, she traveled throughout the United States to experience theatre as an audience member. “I believed that by immersing myself in the excellent work of other actors, observing their methods and styles, I would strengthen my own work as an actor.” She saw thirty performances in major markets including Chicago, New York, and Los Angeles; markets similar to Indianapolis including Cincinnati, Columbus, Louisville, Milwaukee, and Seattle; and markets that were smaller in nature including Fayetteville, Arkansas, Chelsea, Michigan, and Buffalo and Rochester, New York.

Constance attended performances and engaged with the actors on numerous occasions. She also took a leap and auditioned for a play in Rochester, New York. She was cast in the production of Good People at the Geva Theatre Center. Indiana Repertory Theatre coproduced the play and she was able to introduce her New York cast mates to her Indianapolis home. During her Creative Renewal Fellowship, she received a Lunt-Fontanne Fellowship from Ten Chimneys Foundation and through the fellowship, was able to train with and befriend David Hyde Pierce. “It so happens that my Lunt-Fontanne Fellowship coincided with my Creative Renewal Fellowship, and I thought it perfectly fitting because the Lunt-Fontanne program also encourages the fellows to return to their home communities across the country with a renewed energy and passion for the art form, and a deepened commitment to mentorship.”