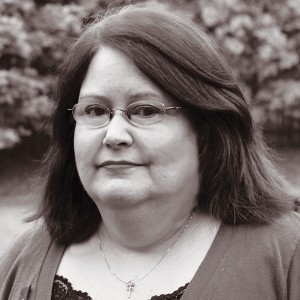 “Both personally and professionally, when I look around at the other fellows, I am so proud to be included in this group. I am certainly a ‘behind the curtain’ type of person (with a few exceptions), but being a part of this group made me feel like one of the cool kids.”

For Lori’s Creative Renewal, she wanted to step away from professional and volunteer theatre work to experience performances that she did not have to market, direct, or produce. She needed time as a theatre patron to reflect on her work process and approach. She wanted to travel to Chicago and New York and spend uninterrupted time enjoying the theatre. “I believe that something amazing happens when you open the door to a theatre—especially a theatre you have not been to before. The smell of the lobby, the unique cushion and feel of the seats, the faces of the people who greet you, and the explosion of creativity when the curtain opens. I never want to lose the curiosity that makes me want to buy a ticket.”

Before Lori embarked upon her renewal experience, her sister died unexpectedly and then her mother passed a month later. Reeling from the grief and loss, she realized that she would have to reimagine her renewal plan and focus on local productions. She saw countless shows in local venues in and around Indianapolis including Spamalot, Miles and Ellie, The Book of Mormon, White Christmas, Nine, A Christmas Carol, Steel Magnolias, and Into the Woods. When the time was right, she made her maiden voyage to New York City during Christmas. She packed a month’s worth of shows into five days and loved every minute of it. She left the stress of the job and life events in Indianapolis, and she saw Love Letters, It’s Only a Play, Kinky Boots, If/Then, Once, Side Show, and The Elephant Man. She experienced a backstage tour of Radio City Music Hall and saw the Radio City Christmas Spectacular (a dream come true for her). “For anyone who has been there, you know New York City makes you believe anything is possible and that you are capable of reaching above and beyond your goals. I left New York feeling that way and it has not worn off yet.”