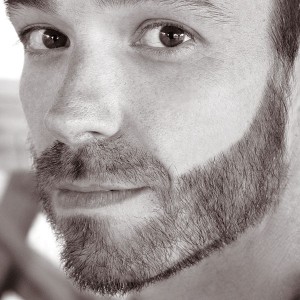 “On a professional level, the experience affected me in a way I never expected. I have found myself teaching dance lessons and forming a rock band....On a personal level, traveling has always been a great joy for me. Road trips in particular make up some of my fondest memories. Being able to add this to the list, a trip of west coast theatre joined by my wife, is priceless.”

Michael started his acting career at the Indiana Repertory Theatre at the age of six and was hooked on theatre from that moment. He studied at the British American Drama Academy and it was there that he found his love for Shakespeare and directing. He founded and currently serves as Artistic Director of Heartland Actors’ Repertory Theatre, known for free performances of Shakespeare on the Canal at White River State Park. For his renewal, he wanted to step away from the daily directorial and performance grind and find inspiration in other Shakespeare festivals and theatrical opportunities on the west coast.

He traveled to Oregon, San Francisco, San Diego, and Las Vegas. Each offered him different performances, culture, and opportunities to take back to Heartland Actors’ Repertory Theatre. The time in Oregon was impactful and reminded him of his studies in Stratford, England. He explored The Old Globe in San Diego and thought that it was one of the most beautiful outdoor spaces he had seen. In Vegas, he saw Cirque du Soleil’s Love. He took in the majestic redwoods, the Francis Ford Coppola Winery, enjoyed an Alfred Hitchcock walking tour, as well as theatre-centric restaurants and shops along the way. “Physically looking beyond the confines of one location is refreshing in and of itself. Creatively, it is thrilling to see text-based, straightforward storytelling being used, and used effectively, in these other cities.” For Michael, the biggest surprise is how moved he was by the experiences he had outside of the theatre, including the inspiration gleaned from street performers and musicians.