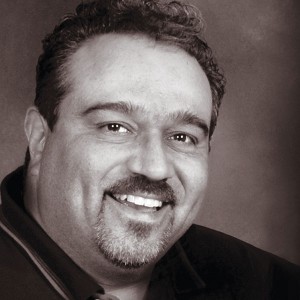 “The journey of learning continues and the path was lit by the Arts Council of Indianapolis Creative Renewal Arts Fellowship. This experience has driven me to learn in such an intense way, that I decided to apply to and was accepted in the Masters program in Media Arts and Science at IUPUI’s School of Informatics and Computing. I am in fact going back to school! Who knows? Maybe now I can get an internship…”

As a graphic designer, Carlos wanted to reignite his passion for design by being an intern again. He remembered his time as an intern, asking as many questions as possible, and getting excited to explore new fonts and typeface treatments. He needed that energy, that jolt of inspiration, and he set out on a quest to become a fiftyyear- old intern. Ultimately, he found it a challenge to pitch his idea to the businesses with whom he considered working. They did not understand the concept of his proposal. He even tried to pitch it to them in a way that he would come in and “mentern”—basically mentoring the interns for a week. Finally, he decided the best path for his renewal was to revisit his old internships.

The Bronx native returned to New York City and spent a day at the Bronx Zoo and revisited the Department of Exhibits and Graphics where he previously interned. The director arranged a tour and discussion of future projects. He even saw signage in use that he designed as an intern. He also enjoyed the museums and arts districts, and those visits brought him back to where he fell in love with design. On his second trip to New York City, he reconnected with his first mentor and talked about design. His mentor pointed out the many mistakes that Carlos made during those years. They enjoyed a Mets game and Carlos spent countless hours teaching his mentor how to use Adobe Photoshop on his new MacBook. “It was during this experience when I realized the first spark of my renewal process—the process of learning had come full circle—the student had become the teacher. I was grateful for this peek into my transformative years. This experience helped me see that my mentors played a critical part in my development.”